Throughout my life no one has ever considered me to be creative. I’ve always been pigeon holed as the left brained scientist. Not a bad thing at all, but I do remember feeling rather dejected after my attempts to draw and shade the light and shadow on an apple, and my rather pathetic depiction in clay of me sitting on a wall – it used to be on the sideboard at home but even my proud Mum has now relegated it to a shelf in the spare room 🙂

Having children can force you into all kinds of situations that you would never normally consider, such as crafting and painting. Before kids I would never have considered owning a glue gun or paint brushes. Well how things change. Poppy and Hugh have always loved making a mess with paint and recently I was inspired to have a go. It was after buying a couple of fabulous Donald Robertson designed J.Crew tees. I love them for their simplicity and repetitive images. I started following @Donalddrawbertson on Instagram – he really does seem quite a down to earth, talented guy. Having said that, I thought ‘this looks a piece of piss – I’m going to have a go’. So using his art as inspiration – the highest form of flattery – I grabbed my acrylics, a brush, and a bottle of white and started dabbling. Feel free to giggle but I am quite proud of them having not painted since I was 14! Give it a go yourself – you never know what might appear in front of you on paper! 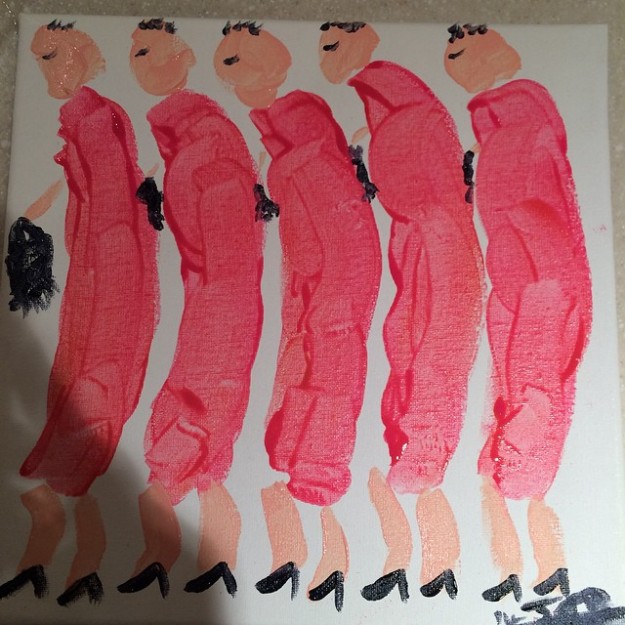 Here is a frame I put up with my attempt at the top and Poppy’s brilliant interpretation below:

I then moved on to animals – it started out as a deer, then became a dog with Christmas antlers:)

A cairn terrier – not sure where this came from but I had one called Macks as a child. 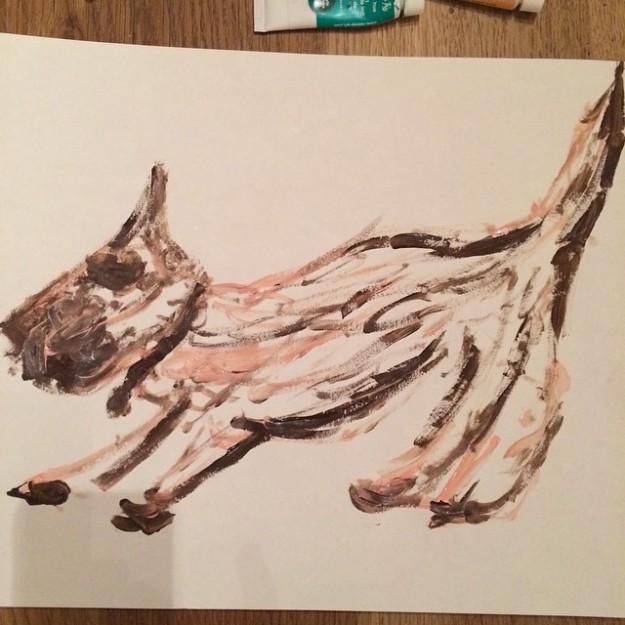 This is probably the one that troubled my Husband the most when he saw my talent scattered on the kitchen table. I’m not sure about this one at all – the Devil, a Centaur or Mr. Tumnus? 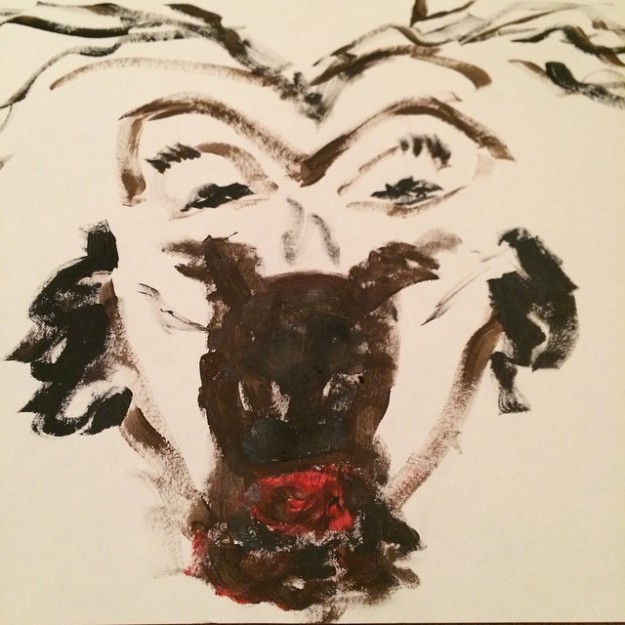 And here I am wearing one of my favorite tees that inspired me to pick up the brush – head over to J.Crew where they are currently on sale with 30% off using code GIVETHIS – there are also some fabulous Crewcut versions for kids.

T-shirt – J.Crew // Jeans – Zara (old) // Boots – Charcoal suede Newbury boots (similar here) // Cardigan – AllSaints (old but similar here and the end of season sale is on in the US)

I forgot to include this photo the other day of me grabbing some Christmas bargains in J.Crew for Poppy.

Finally yesterday – it is getting a bit chilly for ankles but I am persevering!

So when you are wondering what to do on a cold winter’s night get your paints out and see what happens!!

5 thoughts on “A new hobby”