We headed off to our favorite beach at Salamis today.  I’m sure everyone finds their ‘perfect’ spot when they are on vacation.  Salamis is ours – not too far to drive, very few tourists, and a great beach bar that I hope no one else ever discovers.  On the way there the children were bickering like mad in the back seat of the car – no wonder – it was hot and they were tired.  I told them to ‘grow up and act their age’ – an oxymoron if ever I heard one.  It dawned on me that yep they are only 5 and 7 so go ahead and bicker like children.

The irony was that we were driving through Lefkosa at the time.  The Northern side of Nikosia.  Turkish flags were flying everywhere, and the Turkish military were flexing their muscle.  With choppers overhead and jeeps with machine guns flying by us, I began to worry my Husband would develop post traumatic stress.  July 20th 1974 is the day Turkey invaded Cyprus to ‘liberate’ the Turkish Cypriots.  I’m not going to tell the story here – but if you’re interested you will discover that the Turks were maybe heavy handed, yet provoked and left with few other options.

Don’t get me wrong, I have no bias.  Unlike many here I have no allegiance to either the Turks or the Greeks.  They were both crap to each other, and continue to be so in many ways.  It just saddens me that 39 years later, neither side is prepared to compromise to the extent that even a diluted recognition of the Northern territory looks feasible. 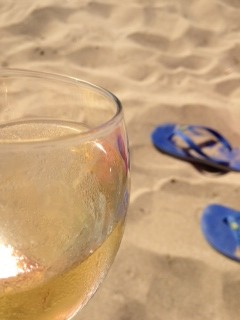