I don’t know why I don’t just stick to this simple formula:

Regardless of the type of jeans – and I have all styles from bell bottoms to skinnies, nothing beats the simplicity of just adding a t-shirt and jacket to provide a relaxed yet pulled together look.  I should remember this every day when I get dressed.  I have a passion for loud, colorful trousers, as you all know, but jeans are my true love and I should never forget that.

Wearing these 501s is so nostalgic for me – they elicit all kinds of emotions when I put them on.  Even though these are newish they take me back to the late 80’s when I would borrow a friend’s pair that were perfectly worn and ripped (I think they were Sara’s that she had ‘borrowed’ off her boyfriend?).  Tightened around the waist with a big leather belt, that needed extra holes back then, I would wear them nearly every weekend in the summer of ’88.  I thought I looked the dogs b*ll*cks in them.  I even remember the green bat wing t-shirt I used to like to wear with them, and I still wear YSL Paris perfume that was my favorite back then.  I can see us all now – Bury Grammar Sixth Form – in our weekend common room at The Hare & Hounds. 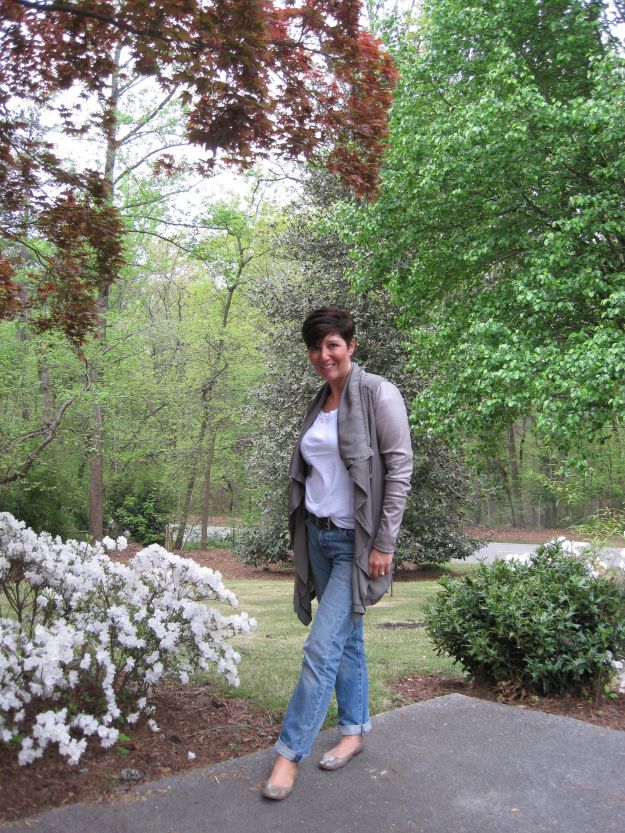 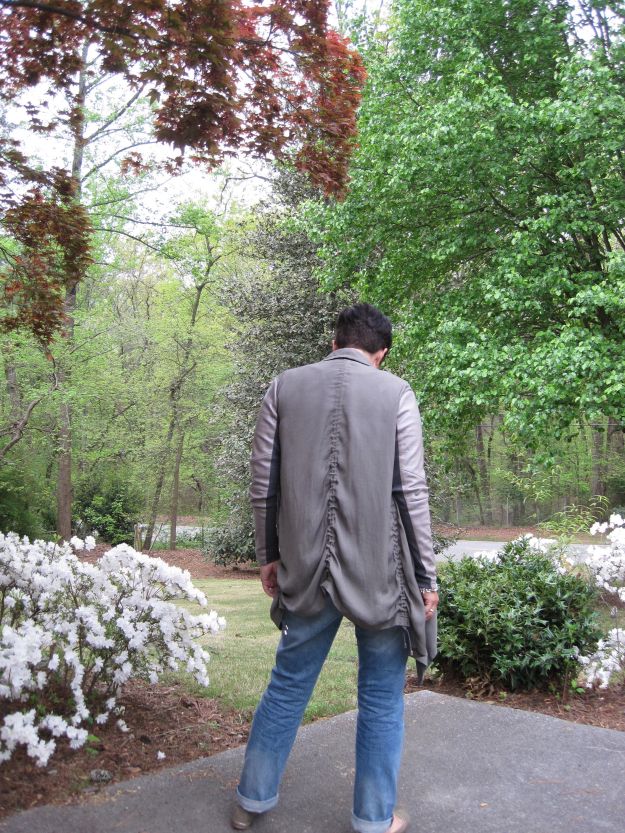 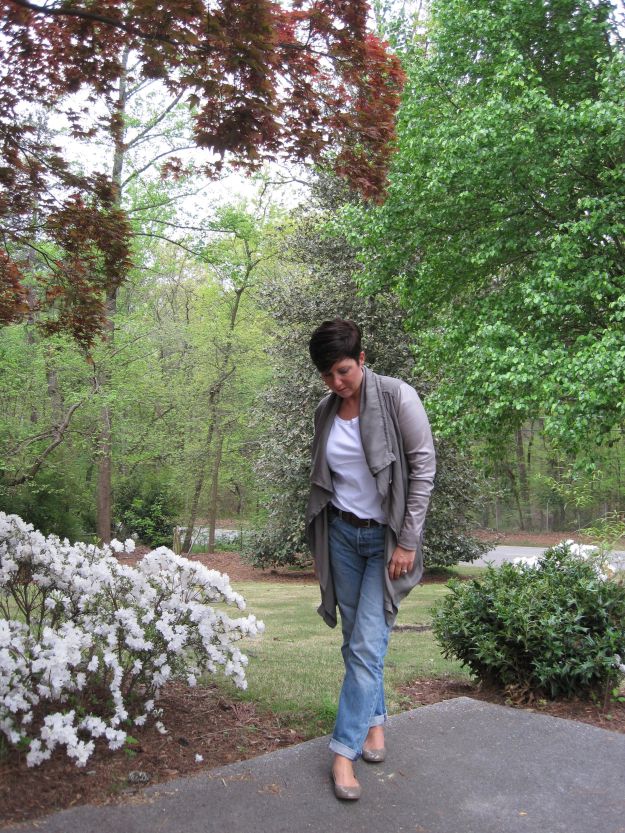 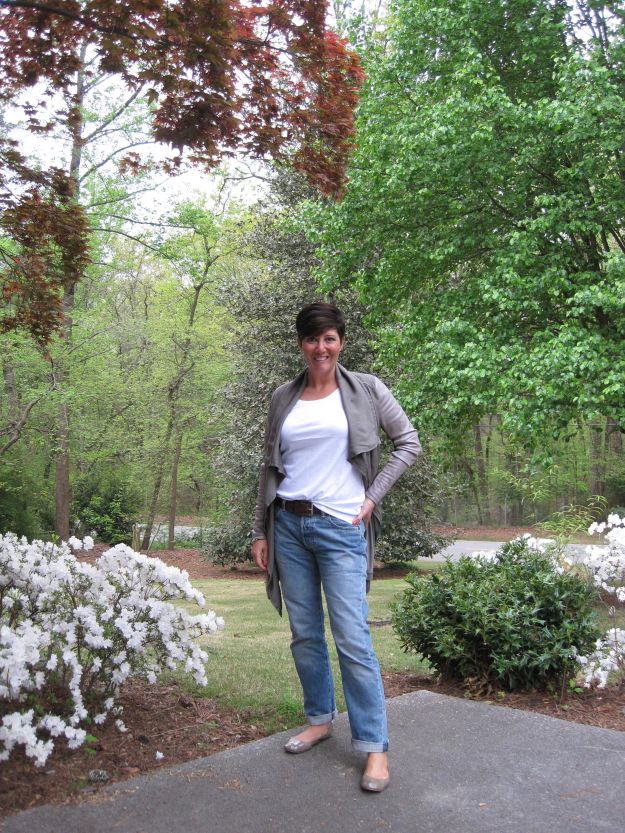 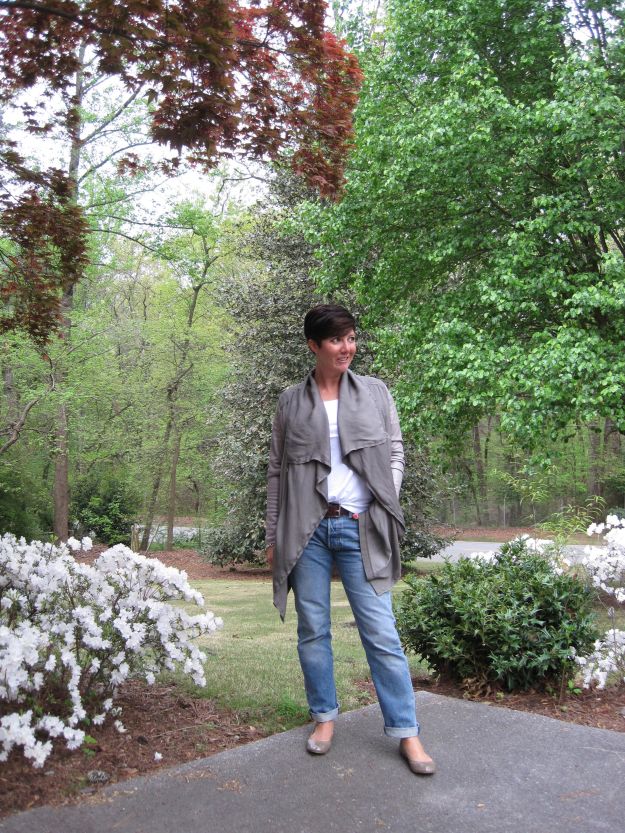 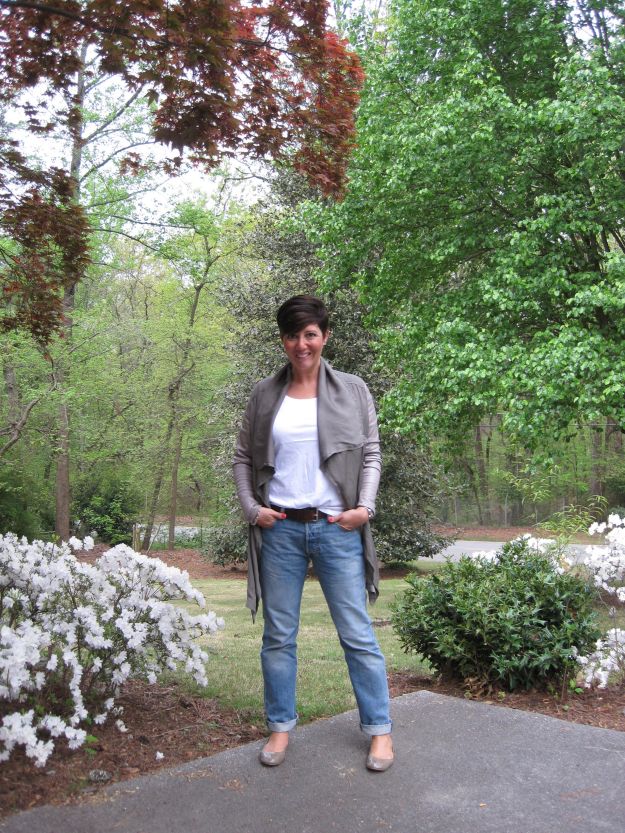 What clothes are nostalgic for you?

And I mean it in a good way.  Despite some of the the changes that have occurred in our lives including the universities, career choices and 7 children, my night out with S. last night was filled with as much laughter as I remember them 22 years ago!  I arrived at her house not really knowing what to expect from the evening – it even crossed my mind for one horrible moment that she might not drink anymore!  In order to set the tone I arrived with a bottle of Prosecco and 5mins after entering the door any onlooker would have had a hard time believing we hadn’t seen or spoke to each other properly since 1989 or so.  I met her five gorgeous children and marveled at how on earth she remains sane – she assured me she wasn’t but bloody hell it made me wonder why I complain about feeling tired and frustrated with just 2 children!  We then went out to a place called The First Chop – a tapas bar in Ramsbottom – a very appropriate venue giving the Spain vs. Portugal game was on.  Good food was eaten and copious wine was drunk.  We rehashed some of our school days agreeing that really an all girls grammar school hadn’t done us many favors in the long run – and surprisingly we still have a few lingering hang ups and regrets – silly really – we need to move on and get a grip.  Anyway thrilled to have rekindled a fabulous friendship – it just goes to show that it’s worth reaching out sometimes even when you think too much time may have passed. 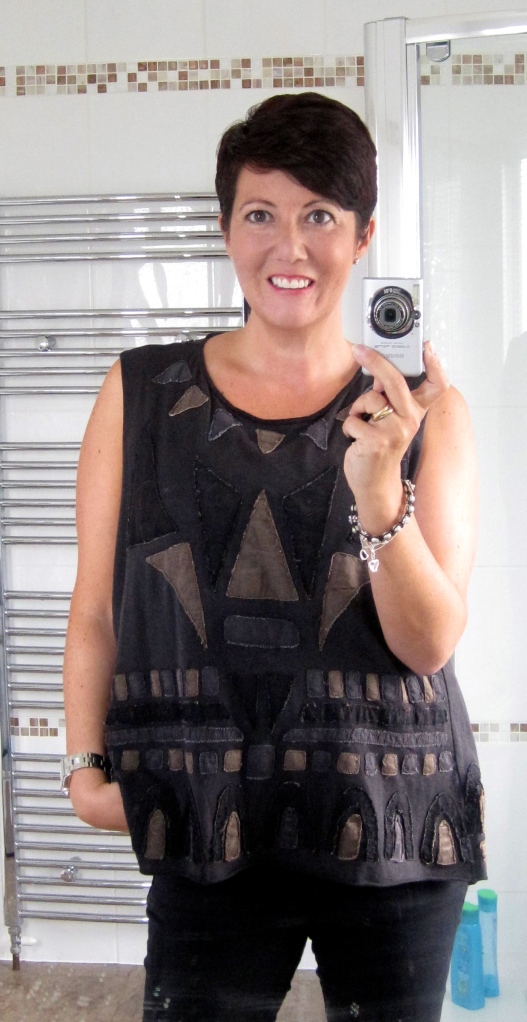 It was a really warm, humid evening here so I opted to wear my AllSaints Pipali tank, Gap black skinny jeans and Tory Burch ballet flats – yeah the ballet flats got worn! 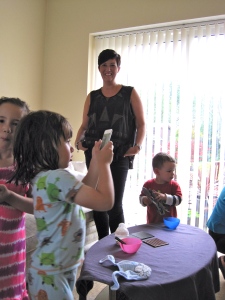 I asked my lovely sister to photograph me to begin with but as you can see it was getting a bit mental in the lounge – chaos. 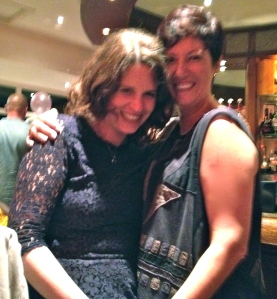 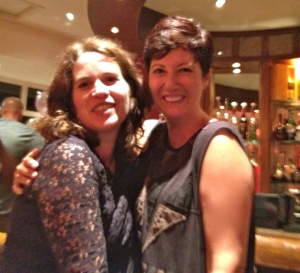 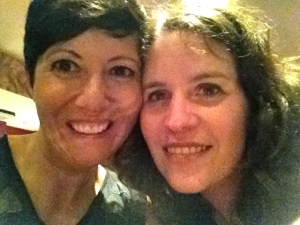 The children unfortunately had no compassion for me this morning and were still pinging off the walls at 6.30am – uuurggh.  After deciding not to be a wimp about a late night out we headed to the Museum of Science and Industry in Manchester – highly recommended for anyone with children.  It is full of planes, trains and automobiles, turbines, steam engines and textile machines.  There is even a children’s interactive area where they can run riot and touch everything.  Brilliant stuff for Mum shuffling along behind them with a large bottle of water:) 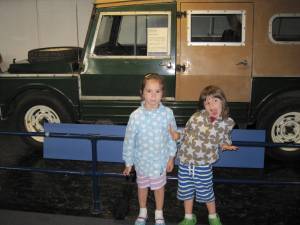 Poppy and Hugh found our vacation transport for next year. 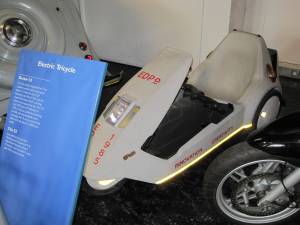 A Sinclair C5 – I bet everyone would have one if they were introduced today! 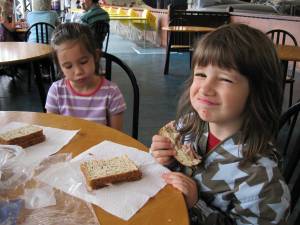 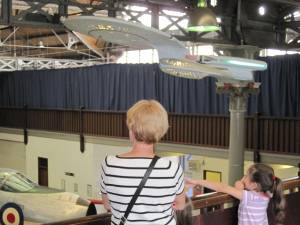 The Enterprise – I want this. 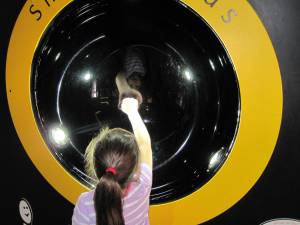