After a day lazing on the beach near Motril yesterday, we headed out for some proper sight seeing today.  Just 45 minutes North lies the beautiful city of Granada.

Spain became my top pick for our vacation destination this year after seeing Anthony Bourdain visit Granada on his series ‘Parts Unknown‘.  Granada relies almost entirely on tourism for it’s revenue, and is the location of the stunning Alhambra Palace – one of the best examples of Moorish architecture.  Thankfully we booked tickets before we departed for Spain as the queues were huge even at 9am this morning – though not that surprising really given it was almost 38 degrees celsius at midday when we were leaving.  If you ever head to Andalucia the Alhambra is a must see – it is spectacular and incredibly romantic offering some amazing views of Granada and the Sierra Nevadas. 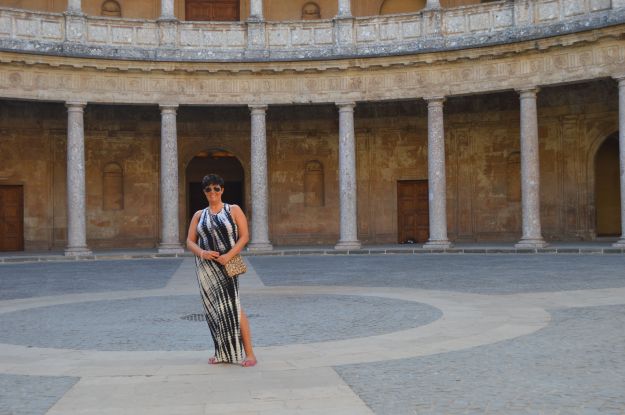 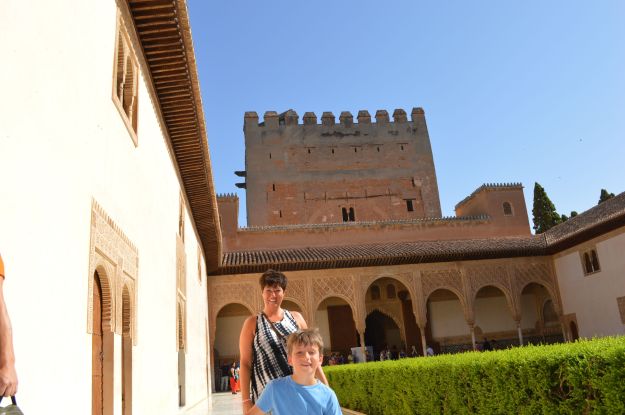 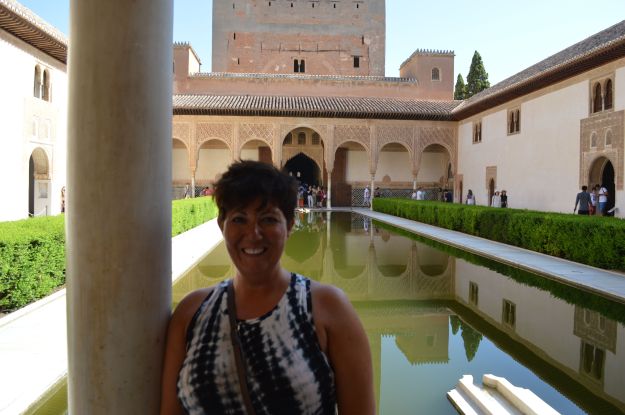 My dress is River Island, bought from ASOS.  Incredibly comfortable for the heat though I did nearly come a cropper when I stood on it walking up the stairs in the castle!

After the Alhambra we met up with Simon and Karin who are staying with us this week.  Lots of fun, laughter, chat and wine of course!  We headed to one of the most highly rated Tapas Bars in Granada – the Bodegas Espadafor.  When you order a drink you get free tapas – at least in this part of Spain.  We ate sausage, squid, croquettes, paella, broad beans and ham – just the most amazing food – all washed down with beer and sherry – well for us non-drivers at least;)

Finally I forgot about this outfit photo from our last night in Sevilla.  The M&S playsuit got an outing with the Oslo sandals from Nine West – the most comfortable sandals that I own – and they are now in the sale.

4 thoughts on “The Alhambra and tapas.”